Are You Doing Your Utility a Disservice?

The current best practice for new construction is to require a separate meter for each unit (primarily apartments or stores) in a multiple-unit building. However, some utilities have grandfathered existing apartment buildings or shopping centers with a single master meter. This post deals with these kinds of accounts.

I’ve written previously about multiple unit calculations, but feel like it’s worth reviewing again, especially the possibility of unintended billing consequences, with an illustration. My previous post referenced two common scenarios for billing multiple units. Each of these is described in more detail below.

Because decreasing block rates generated more revenue from the lower usage blocks, it was advantageous to bill using this method which forced more usage into the lower tiers, resulting in more revenue for the utility.

For an excellent explanation of decreasing, increasing, and uniform block rates, see this blog post from the Environmental Finance Center at UNC. As a side note, there is a wealth of rate-related information, categorized by state, on the EFC website here, including, for some states, rates dashboards and detailed reports analyzing rate structures for each utility.

Depending on your rate structure and your actual rate, this method may generate more revenue than either the average bill method or billing the customer as a single unit for the total usage.

Let’s look at an illustration using these hypothetical rates: 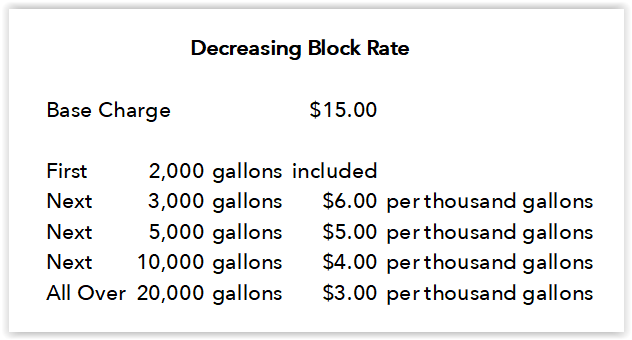 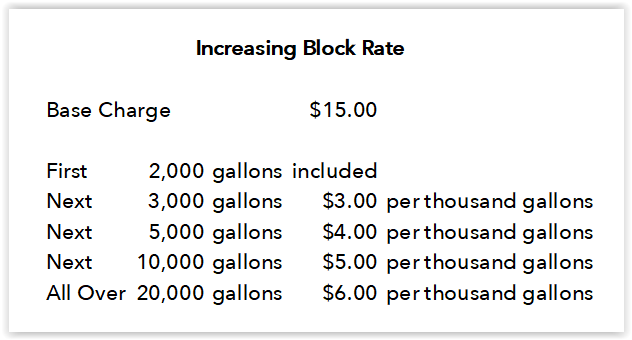 Assuming a 20 unit apartment building with a master meter that used 100,000 gallons, the graph below illustrates the difference between the average bill method (shown in green), the multiple base charge method (shown in gray), and merely billing for the total usage as a single unit (shown in blue). Clicking on the image will open a larger graph in a new window. 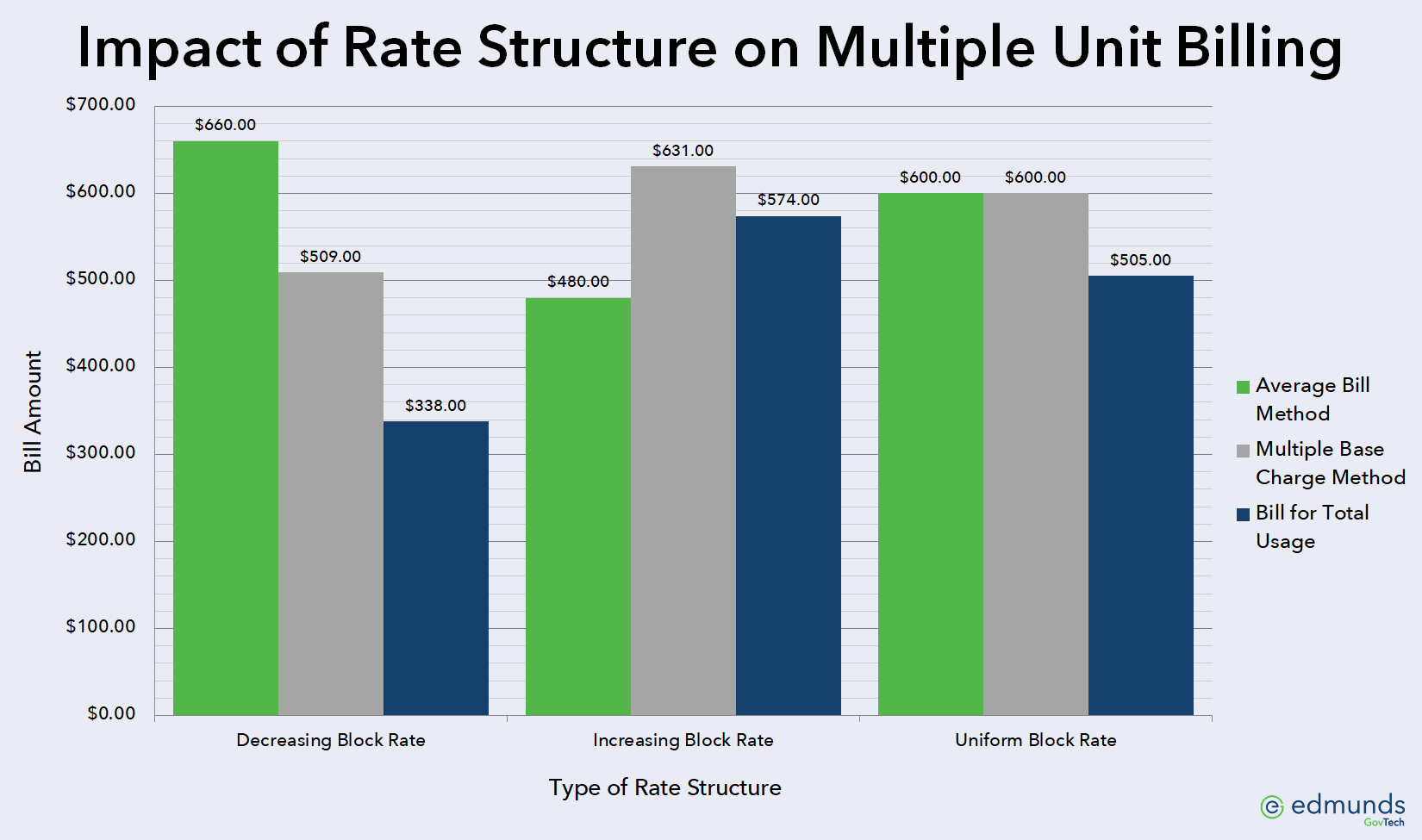 As you can see, if our hypothetical utility has decreasing block rates, they would generate almost twice as much revenue using the average bill method as if they billed the customer as a single unit. The multiple base charge method falls about halfway between.

On the other hand, if our hypothetical utility changed to increasing block rates, they would be losing potential revenue by continuing to use the average bill method and would be better off changing to the multiple base charge method.

Your mileage may vary

I want to reiterate that these are made-up examples for purposes of illustration. Before making any decision to change how you bill for multiple units, you should analyze the impact of any change using your actual rates.

Do you need help?

If you need assistance analyzing how you bill for multiple units, please contact me by completing this form and I’ll be glad to assist with your analysis.

The Utility Management Committee of the NC AWWA-WEA, of which I am a member, is sponsoring a Customer Service Virtual Lunch & Learn Seminar this week (which also happens to be National Customer Service Week). Presentations started yesterday and run through Thursday from 11:00 am to 1:00 pm so you can participate during your lunch hour. The price is very reasonable – $20.00 per day or $60.00 for all four days.

I will be presenting tomorrow at 11:00 am on the topic of Customer Service Technology in the Field – Challenges and Opportunities with Mobile Workforce and AMR/AMI. Even if you aren’t intrigued by my presentation, I can assure you the other sessions will be worthwhile.

Could Your Office Benefit from a Callm Cubicle…?
Since the onset of COVID, my time spent in utility offices has been practically non-existent, so I ...

Invitation to Participate in the 2022 Utility Staffing Survey
Have you ever wondered if your office is understaffed…? Do you need to justify a new position ...

Meeting Senior Citizens’ Payment Needs
If you read my last blog post closely, you may have been as surprised as I was ...